Punjabi web series turned film Warning gained immense appreciation from the audience. The film is based on the revengeful rivalry of two goons; Shinda and Pamma, played by Dheeraj Kumar and Prince Kanwaljit. Both the actors stood out not only because of their strong characters but also due to their amazing acting skills.

And now again there’s another great piece of news for ‘Warning’ fans. As they already are aware that the sequel of the film will be released in July this year, but now it will be coming up in more parts.

Earlier, the team has decided that the film will be released in three parts but now something different has come to notice. Actor Dheeraj Kumar who has been a prominent part of this film has shared a story on his Instagram.

In the story, one can see a picture of Warning’s script where he wrote ‘Warning 2 tin nhi chaar aa hun’. It directly shows that now the film will not come in three parts but will be released in four. Warning 2 preparations were already on notes for many days and now this news of its 3rd and 4th parts have made us go more excited.

It obviously has made fans anticipate as the first part has been a blockbuster. The team is all set to thrill their fans with an upcoming action movie. The film is helmed by Amar Hundal, while written and produced by Gippy Grewal. The film features Gippy, Grewal, Prince Kanwaljit Singh, Dheeraj Kumar, Ashish Duggal, Aman Kotish, Mahabir Bhullar, in pivotal roles.

Now, it’s time for the audience to witness three more parts of the film. But for now, fans are way too excited to watch the second part which will be released soon on 22 July 2022. 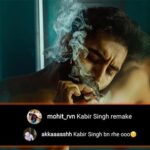 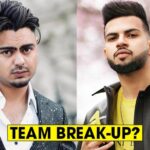