On Saturday, actor Prince Kanwaljit Singh took it to Instagram to share his views on the issue of the case against Gippy Grewal for violating COVID guidelines. Through an IGTV live, Prince was clearly stated his stance on the issue, “ Gippy hasn’t committed a murder ”.

The actor said that hundreds of people earn their livelihood due to Gippy. Gippy Grewal had been booked for violating the weekend lockdown and shooting for a film in Patiala despite no permission being given.

His major focus was on the media behaviour on the issue. The artist strongly criticized the media’s behaviour on the scene. Explaining how the reporters were speaking at the scene and deliberately trying to stop Gippy’s car, he compared them with the national media houses of the country.

Expressing his feelings on how shootings and films feed hundreds of people, the actor ended the video requesting the regional media to not follow the national media’s shoes. 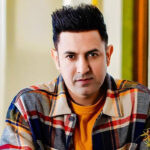 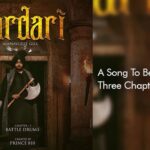