Rising Punjabi star Gitaz Bindrakhia appears to have deactivated his official instagram account. On opening his account, instagram shows ‘User Not Found’. Social Media is the only place where celebrities can interact with their fans directly and vice versa, and deactivation of accounts means breaking off that interaction.

Gitaz Bindrakhia is the son of the evergreen singer late Surjit Bindrakhia. Along with being his son, he is also one of the most talented newcomers in the industry. He has a number of projects planned his way with renowned artists of the industry.

The most awaited of them being the upcoming Punjabi movie ‘Moh’ starring Gitaz Bindrakhia in the lead role opposite ace actress Sargun Mehta. Sargun Mehta is one of the biggest names when it comes to Punjabi film actresses and Gitaz being a newcomer, has got a headstart starring opposite her. The film is directed by Jagdeep Sidhu, which is next directorial venture after Qismat 2.

There are no updates by Gitaz or his team as to why he deactivated his Instagram account. He is a youngster, has big things up his way and the audience wish to have a sneak peak into him through social media. We have no idea why Gitaz did it, only he knows the actual answers. All we can wish for is that everything is well in his life and he updates his fans as soon as possible. 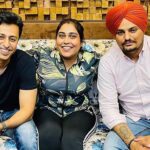 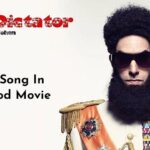