This Lohri, Zee Studios has a gift as it has announced another blockbuster to the audience; ‘Golgappe’ starring Binnu Dhillon, directed by Smeep Kang to release on 17th February 2023.

With the massive success of ‘Qismat 2,’ ‘Main Viah Nahi Karona Tere Naal,’ ‘Fuffad ji,’ and many more in 2022, Zee Studios is all set to dominate the Punjabi film industry with another blockbuster film, ‘Golgappe,’ this February. On the pious occasion of Lohri, the media conglomerate announced the release date of their upcoming Punjabi film, ‘Golgappe.’ The Smeep Kang directorial shall be released on 17th February 2023 and is produced by Zee Studios in association with Triflix Entertainment LLP, Soham Rockstar Pvt. Ltd. & Janvi Productions.

The film is based upon three golden hearted yet dimwit characters who devise a unique plan to earn money via a shortcut only to land in trouble! The film stars Binnu Dhillon, Rajat Bedi, B.N.Sharma, Navneet Dhillon, Ihana Dhillon and Dilawar Sidhu in pivotal roles. The director of the film Smeep Kang has already proven his magic with films like ‘Carry on Jatta,’ ‘Vadhayiyaan Ji Vadhayiyaan,’ ‘Lucky Di Unlucky Story,’ and many more! Interestingly, Smeep Kang shall re-unite with Binnu Dhillon for the 5th time in ‘Golgappe.’ 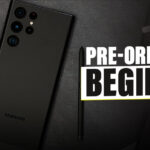 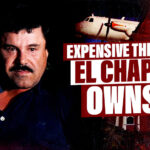