One of the most talked-about couples of B-town; Ranbir Kapoor and Alia Bhatt who have been dating each other for quite some time are usually seen avoiding questions around their wedding. But interestingly, Ranbir has finally opened up about his and Alia’s wedding plans.

As earlier rumors have been speculating that the couple will be tying the wedding knot in April 2022. To this, the actor denied the reports and said that he and his long time girlfriend Alia are hoping to get married by the end of this year.

Reports of the Pinkvilla suggests, Ranbir Kapoor said, “I won’t give out a date during a media interaction. But Alia and I have all the intentions of getting married soon, so yes, hopefully soon.” When asked that “Soon” could be as early as next month. To this, Ranbir Kapoor refused to reveal the final date.

It has been also reported that preparations for the same are going on in full swing. If reports are to be believed then Alia Bhatt has decided to wear a Sabyasachi lehenga on her big day and while the couple had finalized the wedding outfits, a source told that the celebrity designer is now revamping bride-to-be Alia Bhatt’s lehenga.

Not only this, when asked by Alia’s father Mahesh Bhatt that if rumors of Alia and Ranbir getting married in April are true, the filmmaker denied the speculations. “Rumors have been going on and on for a long long time.” In an earlier conversation with news portal Pinkvilla, Rima Jain too had said, “We haven’t prepared anything yet, so how will the wedding happen so soon?. It will be shocking for me also if it’s true. The wedding will definitely happen, but I don’t know when.”

We are sure that many hearts will be left broken soon as one of the most eligible bachelors of Bollywood will soon be stepping into the new phase of their life. Meanwhile, on the professional front, both the couples are celebrating the wrapping of their film Brahmastra. The upcoming thriller will mark their first onscreen collaboration. The fantasy drama which has been directed by Ayan Mukerji is planned to release on 9 September 2022. 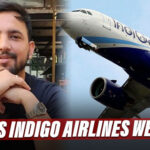 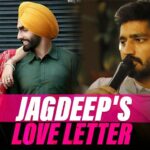