The superstar and one of the most loved & popular artists of the Punjabi Music Industry Garry Sandhu is planning to surprise his fans once again. Because it looks like he is ready to release his upcoming song.

Garry Sandhu took it to his Instagram account where he shared a post in which he is seen with Roach Kila grooving on the beats of his upcoming song.

He also shared a part of the song with fans. Both Garry and Roach are seen enjoying each other’s company and the vibes of the song.

Garry has also shared video stories on his Instagram account in which he revealed that the vocals for this song were pre-recorded.

The fans were upset and worried after Garry Sandhu shared about his inability to sing anymore. He shared some videos on his Snapchat account in which he shared about his condition with his fans.

He even tried singing live in one of his videos to show the fans that he really cannot sing. If you don’t know about it, you may follow the link below;

Heartbreaking News For Garry Sandhu Fans: Previously Recorded Songs Might Be The Last Ones Of His Career

But he had some songs pre-recorded and has planned to release them to entertain his fans. The upcoming is also one among those.

Though he hasn’t revealed details like the title or release date of the song, the fans are happy by whatever minimum he shared. 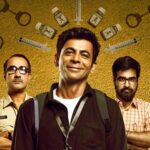 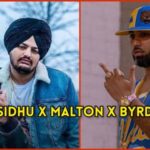