The people who are in love with Bollywood always celebrate the existence of Sanjay Dutt. Sanjay baba is one such actor who is not only really fine in his craft but has won millions of hearts too. In his career, he has entertained fans with amazing characters and movies like Saajan, Sadak, Parineeta and many more, is especially loved for his role as Munna Bhai in Munna Bhai M.B.B.S. and Lage Raho Munna Bhai.

These films surely were superhits and still remain the evergreen favorites of the fans, and if you too loved it, we have an update for you. Actually not us, but baba himself recently shared the latest update on the third part of the franchise. Yes, thousands of fans are still waiting for Munna Bhai 3 and Sanjay Dutt has finally broken his silence on the same.

In conversation with Bollywood Life, Dutt stated, “Of course, we’re making every effort for Munna Bhai 3. Rajkumar (Rajkumar Hirani the Director) also wants to do it, so I hope we’re able to make it happen soon. We’ve done other movies, too, we’ve done PK, and may do more such films in future, but when talking about the fans, I’m sure that they’re most interested in Munna Bhai, so I’ll finally say this that the fans should please ask Raju Hirani also, so that we finally get it.”

Notably, the makers of Munna Bhai 3 had initially teased fans about the third part of the film with title Munna Bhai Chale America. But the film soon got shelved and left all the Sanju fans heartbroken. But now, Sanjay Dutt has revived the fans’ hopes and has hinted towards the possible making of Munna Bhai 3.

On the work front, Dutt currently is enjoying all the appreciation and love he’s earned for his recently released movie KGF: Chapter 2. The film stars Yash in the leading role, and Dutt as the protagonist of the film has marked his debut in South Indian Cinema. 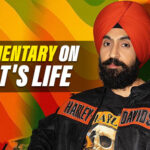 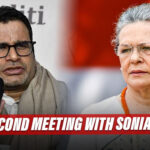