On Monday morning, Google maps showed Golden Temple being permanently closed. When map users typed Harmandir Sahib it showed the famous Sikh preeminent spiritual site is permanently closed. And after that lots of people started complaining about it and the twitter got flooded with tweets urging Google to fix this issue and also they believed that someone deliberately changed the information.

This was a doubtful act as Sikh community is under the spotlight because they are protesting against the three farm bill and are still persuading from the past many months, not coming to the conclusion, but after some time google fixed this issue and made the necessary changes.

Sikhexpo shares the news on their Instagram handle where they wrote: FIXED!

Thank YOU all for helping in this and those who’ve helped through your contacts at @google as well @kalikwest and everyone who messaged working on this.

This is the power of our community. We don’t know exactly how his happened initially, but hopefully we can get an update on this soon as well for everyone. Either say, our voices won’t be silenced. ✊�������� 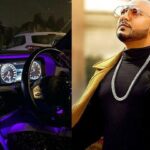