An Indian Coast Guard and Gujarat Anti-Terrorist Squad operation today resulted in the seizure of 40 kgs of heroin worth more than ₹200 crore from a Pakistani fishing boat off the Gujarat coast, according to a senior ATS official (Source: ndtv)

Reportedly, six Pakistanis in the boat had also been detained.

Furthermore, as reported by an official, a joint Coast Guard and ATS squad located the drug-carrying Pakistani fishing boat in the middle of the ocean close to Jakhau Harbour in the Kutch area. “After being offloaded on the Gujarat coast, the heroin was meant to be transported by road to Punjab,” said an official.

Also read: Operation Lotus In Punjab? BJP Reacts Over The Aam Aadmi Party’s Big Claim! All You Need To Know

“However, we intercepted the boat which left from Pakistan, and arrested six Pakistanis with 40kgs of heroin,” he further added. The officials of the Gujarat Anti-Terrorist Squad and the Indian Coast Guards, are expected to reach the Jakhu Coast by today evening. Moreover, this is seen as a major breakthrough in drug smuggling cases.

The heroin shipment reportedly arrived in February of this year in a container filled with leftovers from Dubai. In the case of the narcotics shipment from Kolkata, the ATS team collaborated with DRI after receiving a tip from its sources about the heroin packets concealed in gear boxes lying in a container close to the port.

The State ATS, the Coast Guard, and other agencies have successfully foiled the previous attempts at drug smuggling and apprehended foreign nationals in possession of sizable quantities of narcotics that they intended to smuggle into India via the Gujarat coast. Additionally, this is because the Gujarat coast has become the preferred route for smuggling drug consignments. 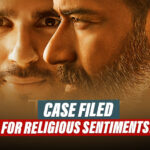 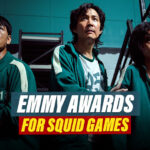