The Aam Aadmi Party and its convenor Arvind Kejriwal has been actively campaigning in Gujarat for the first time, emerging as the topmost challenger to the Bharatiya Janata Party in the state. Moreover, as the polling date approaches, the political temperature of the state seems rising. Amidst this, now Delhi CM Arvind Kejriwal seems to be using the strategy AAP used for Punjab.

Furthermore, it’s clear that the Aam Aadmi Party, like it did in Punjab, is all set to declare its CM face before the elections. Furthermore, the AAP has planned to conduct an online survey where the voters will cast their votes to choose a favourable face for the chief minister post from the Aam Aadmi Party in Gujarat.

Notably, the party has provided four ways for people to voice their ideas, including calls, SMS messages, and emails. A phone number (6357000360) where people can send voice, text, or whatsapp messages for the leader of their choice, has been provided to the public. Additionally, an email address has also been provided ([email protected]).

Furthermore, Delhi CM Arvind Kejriwal criticised the BJP’s practises and policies, stating that in a democracy, the people have the right, but BJP does not believe in this, which is why the people’s preference was ignored when Vijay Rupani was chosen as the chief minister of Gujarat.

However, with the AAP conducting the online survey for its CM face, it’s clear that the party is leaving no stone unturned to challenge the Bharatiya Janata Party in the state. 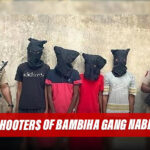 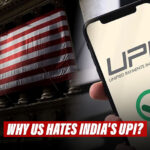