Punjabi Singer Gulab Sidhu has finally announced his debut career music album, ‘Munda Sidhua Da’. It will be the first ever album by the artist in the Punjabi Music Industry. Gulab Sidhu announced the album by revealing the track list of the album through social media.

As the track list of the album’s been made public, it will contain 5 songs. Peg Te Hanju, Jahangir Di Haveli, Star, Dhoka Te Teri Yaad and Din Charhe Na Charhe are going to be the songs included in the album. Veet Baljit, Jang Dhillon, Ad Afsar and Gill Sarhali feature as the lyricists in the album.

The Kidd and Jaystunn music producers have taken responsibility for music in the album. Peg Te Hanju and Jahangir Di Haveli will be released with their official music videos, directed by Teji Sandhu and Stalinveer respectively.

The album will be presented by Sidhu Moosewala’s 5911 Records. It will also be the first ever album to be released by 5911 Records Music Label. This means that Munda Sidhua Da will mark the debut album of both Gulab Sidhu as well as 5911 Records. 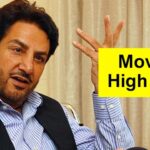 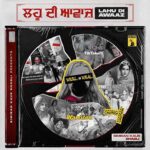