Punjabi veteran singer Gurdas Maan has been recently surrounded by many controversies due to his various remarks that do not go well with the public. Almost a year after the singer was subjected to a lot of hate for discrediting the Punjabi mother tongue, now he has again pushed himself into another trouble for his hurtful remarks.

The singer was in a live show, performing for the audience, when he started talking about the third Sikh Guru, Shri Guru Amar Das Ji. To everyone’s surprise, the artist said that Sai ji, the previous head of the Dera Baba Murad Shah, Sai Ghulam Shah Ji, who’s also known as Sai Laddi Shah Ji is the descendant of the third guru of the Sikhs, Shri Guru Amar Das Ji.

The statement was not well received by the Sikh Community. The community immediately started backlashing at Gurdas Maan for passing such a statement and hurting their sentiments. They said that Gurdas Maan disrespected their third master and this statement is not acceptable at all. 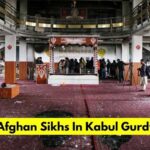 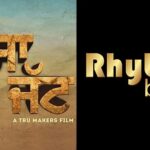