Gurnam Bhullar never misses any chance to amaze his fans with his movies, songs or social media posts. And this time again he did the same! As many Punjabi celebs are tying the wedlocks with their loved ones, Gurnam has surprised us with the same.

He took to social media and shared a post which reads, ‘Saare puchde rehnde oo viyah ni krwaunda, lao mai hun officially purpose karan lagga’. He further tagged Sonam Bajwa in the post and asked her, ‘Will You Marry Me On 4 March’. After this, not only the actor but fans too are waiting for her response.

Fans get excited and can’t wait for Sonam to respond to this post soon. Undoubtedly, Gurnam and Sonam make an adorable couple on screen and now their fans wish to see them together off-screen too.

This is a really unique way of announcing a movie and we’ve never seen something like this before. This has also given us a hint about the premise of the movie. Gurnam’s character might persuade Sonam’s character to marry him in the movie, while the latter might reject it. It is surely going to be a fun ride to experience.

The upcoming Punjabi film ‘Main Viyah Nahi Karona Tere Naal’ has been written by Rupinder Inderjit. Gurnam is not only just starring in the film, the actor has also taken up the role of a producer in the film for the first time.

The film was earlier touted to be released on 25 February but the date had been postponed. It is finally set to hit the theatres on 4 March 2022 now. Nonetheless, the audiences are glad about the final release date, as this is one of the much-awaited Punjabi movies. 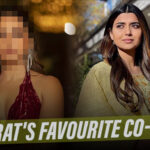 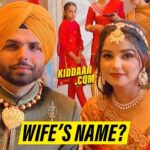