Winner of Awaaz Punjab Di season 5, Gurnam Bhullar has now become a well-known artist. Along with his singing skills, his acting also has such innocence that it steals everybody’s heart. At present, he is fully packed and has back to back many projects.

The most talked-about stuff from the movie will be Gurnam’s turban look. Though it’s not his first time, he tied a turban in Surkhi bindi during his marriage scene but in Fufad Ji he will carry this look from beginning to the end.

Talking about his previous movies whose shooting is wrapped up but yet to release are Lekh, Main Viyah Ni Karona Tere Naal and Sohreyan Da Pind Aa Geya. In addition to this his song ‘Roka ‘ is about to release on 24th June. 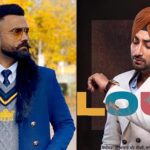 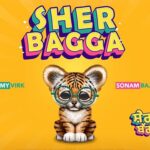