These days the entertainment industry is leaving no chance to paint the town red. With many celeb couples getting married to many coming up with their relationship on social media, fans often get inquisitive when they spot some new lovebirds in the town.

While fans’ obsession for all the romantic pictures of Katrina Kaif and Vicky Kaushal is still not over, the netizens have found another rumored couple in the town. And it’s none other than the superstar singer Guru Randhawa and Nora Fatehi. It looks like they are dating as the rumored couple was caught having a romantic walk at Mumbai’s Beach.

Pictures of Guru Randhawa and Nora Fatehi took social media by storm as photos of the two enjoying beach time together went insanely viral on the internet. In the pictures, the duo can be seen laughing hard as they communicate with each other. While in one photo, the duo looks extremely happy, another sees them enjoy walking in the water by the beach shore. Going by the viral photos, it seems that the two share a great bond. It has also been speculated that the rumored couple might get engaged next year.

After these Goa pictures went viral, netizens are perplexed whether the duo are dating or cooking for some new song. But netizens feel that if they are really dating then they might make an incredible pair, while others are still playing the guessing game. 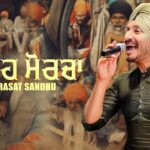 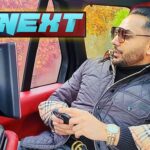