When it comes to one of the biggest superstars, not only in the Punjabi Music Industry, but country-wide, how is his next single announcement not a big deal? Guru Randhawa has officially made the first look of his upcoming single ‘Nain Bengali’ public.

The multi-talented Guru has written, composed and sung the song all by himself. The caption of the post might have revealed the hookline of the upcoming banger? Or not? ‘Nain Bengali Ne, Adaa Gujarati Aa’! If that’s truly the case, this song is surely going to be another fire track by Guru Randhawa.

The music producer of the song, Vee, is a world renowned artist. Vee has grabbed a spot on the Billboard World Charts. His work has garnered him more than 5 billion views on youtube! Talking about views, Guru Randhawa is also one of the most viewed Indian artists on youtube. With a bunch of songs crossing the 500 million mark and some of them, even the 1 billion mark. Nain Bengali is a collaboration between these top world class artists and it is surely going to be an amazing one!

The duo has worked on many songs together under the T-series label. Their ‘Made In India’ was a huge hit and we are expecting this next collab to be as good as the previous ones. The audience won’t have to wait much, the song will be out soon, as Guru Randhawa said in the caption. 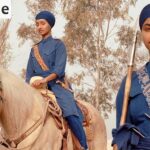 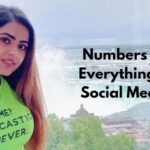