Guru Randhawa is one of the Punjabi musical artists whose songs have been known to rock the music charts as soon as they hit it. His last release, ‘Nain Bengali’ is an example of the same.

Now again he is set to rule the hearts of his audience. As the singer took to Twitter and treated his fans with one of the greatest news. Guru will soon be hitting music charts with his upcoming album. The title of the album has not been unveiled but the singer has announced that the album consists of 15 songs.

Guru has only shared this information and not any other details like the title, record label, music producer, and so forth. We just hope he shares all the details soon and satiates the anticipation of the fans. As soon as the singer shared the news on Twitter, his  fans couldn’t keep calm after this, thus a number of tweets started flooding in.

Meanwhile, Guru is buzzing the headlines for his forthcoming Bollywood debut. The film is a musical drama that follows the life of a young musician and how from nothing he becomes a success story. The makers assured that it will be a roller coaster ride peppered with lyrical and foot tapping music featuring a much loved musical icon. 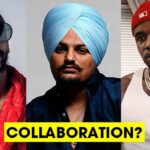 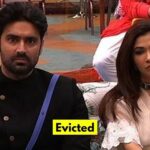