Bamb Beats and Desi Crew had promised their fans to make some big announcement later in the day and it has been finally revealed. A joint venture is going to be produced by both the houses, titled ‘Hakam’. The official poster of the movie has been released through a post on Instagram :

The movie has been directed and written by the very talented Amar Hundal, who is also the director of the Gippy Grewal starrer web-series turned movie, Warning.

The hopes are high from the team. With a huge face like Amrit Maan leading the star cast of the film, only excellence can be expected. Amar Hundal has established himself in the industry as a talented film director and no doubt Hakam isn’t going to lack in the direction department by any chance.

And most importantly, it is the first ever movie being produced by Bamb beats and Desi Crew in a collaborative effort. So, Goldy Kahlon, Satpal Malhi, Harinder Grewal and Rubal Sidhu are going to be the producers of the film.

No release date has yet been announced and neither the full star cast has been made public. The official poster looks appealing to the eye and we expect the team to release more information soon.

Earlier in the day, Desi Crew had updated their fans through a post on Instagram that Desi Crew and Bamb Beats were finally collaborating to produce an upcoming film led by Amrit Maan: 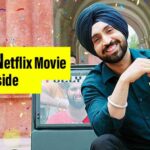 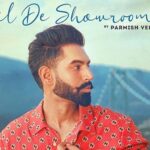