We all know Ammy Virk is one of the finest and most loved artists in the Punjabi Industry. He has shined and proved his worth in both the Music and Movie Industries.

He has been an idol for many and has made heads turn with his various performances. In his article, we have collected some of the best characters played by Ammy Virk. This list will prove that it won’t be wrong if we name him the Versatile Virk of the Punjabi Industry.

He was already a superstar of the Punjabi Music Industry with a huge fan following when he decided to try his skills and luck in acting too.

He debuted with Amrinder Gill in the movie Angrej.

And we must say we didn’t expect such brilliant performance from him. Who knew the superstar singer Ammy Virk can act so well?

His performance and dialogue delivery made us feel he was born for acting only.

Bambukat released in 2016 and proved that our prince charming is none other than Ammy Virk himself.

He played a character similar to himself. He expressed the meaning of true love and emotions through his character Channan Singh.

Nikka Zaildaar introduced us to the funny side of Ammy Virk. He proved to be a finer actor with his performance in Nikka Zaildaar.

We didn’t know that Ammy Virk had a Manraj in him as well. This romantic family comedy will not only entertain you but also make you fall in love with the Versatile Virk of Punjabi Film Industry.

In the long run of success, there comes a lot of hurdles and obstacles in the way. And same is the case with Ammy Virk.

He was on the screens and our hearts already and it was the perfect time to accept a challenge. Hence he decided to be a part of Harjeeta.

This movie demanded a lot of hard work, effort and dedication. And Ammy’s hard work made the film win the National award for best film.

This movie in itself is enough to prove how serious Ammy is for his work. Ammy’s acting skills, expression of emotions, dialogue delivery and even body language is something to be appreciated a lot.

Sufna is the recent release of Ammy Virk and the fans have been missing him since then.

But talking about Sufna, it is one of the most precious films of Punjabi Film Industry. It reflected the power of true love and pure relationships.

After this movie, Ammy Virk once again wore the crown and proved to be the prince of our dreams.

We can adore and praise Ammy Virk more and more. Words aren’t enough to describe the love of his fans for him. On his birthday today, we wish him luck, hopes of super success with loads of love. 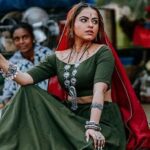 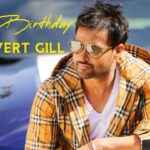