The Central government has launched the “Har Ghar Tiranga” campaign, a part of the “Azadi Ka Amrit mahotsav”, to instill a sense of patriotism in all residents as the nation prepares to commemorate its 75th anniversary of independence. As per this campaign, the tricolour would be hoisted in every house.

Additionally, PM Narendra Modi has even requested the people to update their social media profile pictures to the tricolour on August 2, to commemorate the birth anniversary of freedom fighter Pingali Venkayya. However, the citizens have to follow the “flag code of India”, in order to take part in the “Har Ghar Tiranga” campaign.

What is the Flag code of India?

The Flag Code is a set of guidelines issued by the Central government that pertain to the creation, display, and eventual disposal of our national flag. It also discusses the flag’s dimensions, base material, and orientation. The code lists a number of violations that may result in a fine or even jail time.

What was the ammendment made in the Flag code of India, 2022?

On December 30, 2021, the Flag Code of India, 2002 was ammended, allowing the use of machine-made or polyester national flags. The National Flag can now be produced of hand-woven, hand-spun or machine-manufactured cotton, polyester, wool, silk, or khadi bunting. The shape of the national flag has to be rectangular, in any size, however, its height-width ratio must be 3:2.

Earlier, the Tiranga could be hoisted only between sunrise and sunset, but the Centre has ammended the law, and now the tricolour can be flown both during the day and at night, in the open or on anyone’s house.

How to dispose of the National flag?

The National Flag should be disposed of in private if it has been harmed, ideally by burning or through any other method which respects the dignity of the National Flag. The general public would be weaving the paper-made national flags, which shouldn’t be dumped on the ground. Keeping in mind the National Flag’s honour, these ought to be discarded in private.

For more details, you can read the Flag code of India through the official PDF provided by the Ministry of Home Affairs: 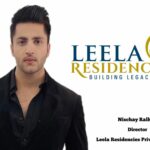 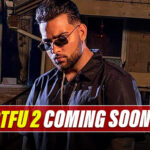