Harbhajan has issued an official apology for allegedly hurting the public sentiment. The sportsman had uploaded a picture on his instagram story, dedicated to remembering the infamous Sikh Genocide of 1984. And now, he has offered his official apology.

1 June to 6 June marks the 37 years of the infamous Sikh Genocide of 1984, often described as one of the country’s deadliest riots in history. Countless families lost their beloved ones, innocent civilians lost their lives and till date, the official death toll has not been estimated.

The whole Punjabi community came together in the days of the Sikh Genocide and remembered the martyrs. Harbhajan Singh also put up a story for the same.

Bhajji faced backlash for this action of his and then the athlete came up with an unconditional apology for having hurt the public sentiment without knowledge.

Describing his action as a hasty one, he said that it was a WhatsApp forward and added that he does not subscribe to the views of any of the content on the post.

Expressing his love for the nation, he further said that he’s served the country for 20 years and will not support anything that is Anti-India or that hurts the sentiments of his fellow Indians.

The public is divided on the verdict. While one side is praising Harbhajan Singh for coming out to offer an apology and taking responsibility for his actions, the other group is taking sides against the Off-spinner for not standing with his community. What is your take on the issue? 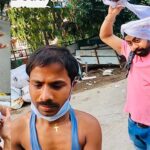 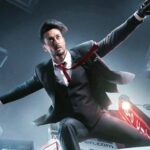