Bollywood Film Industry is now opening up its gates for the talented and deserving Punjabi superstars. If you too are someone who is awestruck with Harrdy Sandhu’s acting skills, superhit songs and killer looks, then this news is going to make you happy. Punjabi singer and actor Harrdy Sandhu is all set to feature in an upcoming Bollywood movie.

We had updated you in 2021 already about this project in which Harrdy will be seen sharing the screen with Bollywood actress Parineeti Chopra. And now, the duo is busy shooting for the same in a mesmerising mountain location. The duo has been paired opposite each other for the first time and are now teasing their fans with pictures and videos from the shooting location.

Harrdy and Parineeti first shared pictures in which they were seen sitting and gazing into each other’s eyes. In the caption, they greeted each other with a simple ‘Hi’.

After this, the duo shared another picture where they are seen focusing on something unrevealed. And they captioned this post with greeting each other once again by writing ‘Hi again’

To this, the handsome hunk replies by revealing that he is not wearing inners today, because of the shoot and saying ‘I’m joining you’ when Parineeti says that she was alone in this cold for so many days.

In the video, we can easily notice some injuries on Parineeti’s face which can be real or make-up as well. But it surely has teased us and made us super excited about the project.

Our previous information about the project says that this untitled movie is going to be a thriller movie filled with suspense. It will feature Parineeti Chopra as an undercover agent and will also star actors like Rajit Kapur, Kay Kay Menon and Dibyendu Bhattacharya in pivotal roles.

This upcoming Bollywood movie is being directed by Ribhu Dasgupta who has also directed movies like Te3n, Bard of Bloods, and The Girl on The Train.

Talking about Harrdy’s blooming career in Bollywood, the actor made his debut in 83 along with Ranveer Singh. His performance in the film as Madan Lal was highly appreciated and the fans are eager to watch him act in more Bollywood movies.
And Parineeti too is super ahead in collaborating with our favourite Punjabi gabrus. As not only she is acting opposite Harrdy Sandhu in this upcoming Bollywood movie, but will also be seen with Diljit Dosanjh in the biopic of Chamkila. 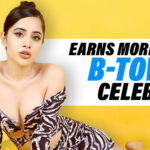 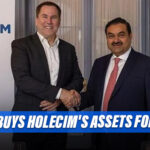