A rumor which is not less than the table talk, stunning Vicky’s and gorgeous Katrina’s amour. Though their relationship is the elephant in the room for quite a while, it is actor Harsh Varrdhan who spilled the beans.

In the zoom talk show ‘By invite only’ harsh has confirmed the biggest gossip of the industry. On being questioned about the industry’s relationship believed to be true or PR move. He replied, “Vicky and Katrina are together, that’s true.”

Actor Harsh Varrdhan Kapoor has unveiled the news, while the two of them haven’t given any open statement in this regard. But their actions have spoken a lot and now one can connect the dots.

Recently, on Vicky’s birthday, Kaif has posted Vicky’s picture from ‘Uri’ and wished him with birthday wishes. And recently the actor’s new Range Rover was also spotted at Katrina’s residence, and the couple has been spotted together various times as well.

We must say, Katrina Kaif and Vicky Kaushal make a beautiful couple together. We fans are looking forward to seeing what happens next. 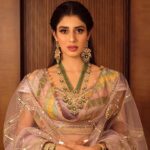