Harvy Sandhu has decided to take legal action against various Instagram pages and accounts that had been allegedly trolling and defaming the artist. He uploaded some stories on his Instagram account to confirm that the complaint has been filed against the ‘Internet Gangsters’ with the Cyber Police India and NRI Wing, Punjab Police. Sharing a screenshot of an email from the National Cyber Crime Reporting Portal, Harvy showed that his complaint has been accepted.

He also shared a screenshot of the email wherein the singer can be seen registering the complaint with the Punjab Police. On 28 July, the singer filed a complaint through the complainant name ‘Hargopal Singh Sandhu’ in the office of AGDP, NRI of Jalandhar city in Punjab. Now the status of the complaint has changed from ‘Registered’ to ‘Accepted’.

In the story that followed, Harvy wrote that he had previously warned these ‘Internet Gangsters’ to not mess with him as they are still ‘kids’ and if he files a complaint against them, their life will be spoiled. But despite various warnings from Harvy, they showed no improvement and finally, the singer had to take this step.

He has filed a complaint with the Cyber Crime Police India and Punjab Police too. They have provided the police with IDs of various Instagram accounts and pages that troll him and now he will fight the legal battle against them.

Further updates on the case will be soon provided by the artist, as he said in his statement. 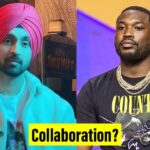 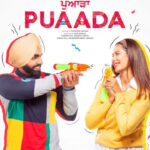