Punjabi Music Industry is always tangled in some new or old controversy. And the involvement of Sidhu Moosewala’s name has also become very common.

He not only shared pictures with Sidhu Moosewala on his Instagram story and claimed that Sidhu used to come and meet him before he rose to fame, he also targeted his fans by calling them ‘bhedan’.

It didn’t take long for Moosewala fans to notice what Harvy had posted, and he started showing their disappointment as they were offended and didn’t like Harvy’s comment at all.

After realizing all this, Harvy Shared pictures with Sidhu Moosewala on his story and also announced an Instagram live session on his Instagram story and had a live interaction on Instagram live today morning with very limited comments allowed.

He talked about how the fans of Sidhu Moosewala are commenting and comparing him with Moosewala.

He said he only shared what he felt like and wanted to share. He didn’t invite any Sidhu Moosewala fan to come and check what he’s shared on his personal account.

He said anybody who wants to talk to him or have any problems with what he shared can come and meet him at his place. He mentioned his address and said he is happy with whatever he has and is not willing for any comparison with Sidhu Moosewala.

He has also shared the live session as his recent Instagram post. If you’re willing you can watch it by following the link mentioned;

The fans aren’t really very happy after this live video session of Harvy. Some are calling him attention seeker and others believe he is exaggerating the matter purposely.

For now Sidhu Moosewala has not made any comment or released any statement regarding this new controversy.

But fans are looking forward to seeing how Sidhu will react to this or will Sidhu simply ignore it. 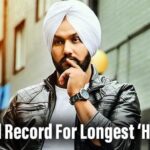 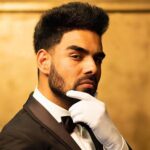