The film “Shooter” has had a tragic journey so far. It was very anticipated by the fans and actor Jay Randhawa was too looking forward to the movie’s release, but it was banned by the Punjab government on 9 February 2020 for promoting ‘gun violence’ and glorifying the life of a gangster, Sukha Kahlon. The ban left both the fans and the movie team completely shattered.

The Shooter team tried to find a common ground with the government and somehow found a way to release the movie in theatres but the lockdown and theatre shutdown did not let that happen.

Recently, an official spokesperson of the Home Department said that the violent scenes and representation of the dark world of crime in Shooter might create harmful and negative impacts on school and college-going students.

Reaching to a point, the Government of Haryana on Friday has suspended the certification of Punjabi film ‘Shooter’ with immediate effect till further orders. This means the movie ‘Shooter’ will not release in theaters and will be reacted as uncertified. 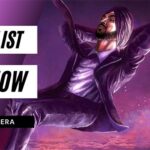 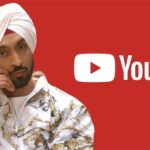