WhatsApp, Facebook, Instagram and various other social media platforms have been entertaining people by connecting them to random people and strangers. But sometimes, such platforms also become the medium for bizarre and unwanted activities.  And cybercrime undoubtedly is one of them.

Recently a man from Haryana fell prey to the same and almost lost 1.57 lakh INR. The man from Jind, Haryana was trapped in a WhatsApp nude video call scandal. He reportedly received a video call from an unknown number on WhatsApp and it apparently was the viral nude video scandal.

Also Read: What Is The Anand Marriage Act? CM Mann Assured To Implement The Act In Punjab!

In such kinds of scandals, one receives a video call, and as soon as one receives the call, a naked woman/man appears on the screen and this video call is recorded by the scammers. These people then blackmail the victim and ask for a whopping amount of money in return.

In this case, the victim from Haryana also was scammed and made to do transactions worth 1.57 lakh INR. But fortunately, 1.39 Lakh rupees from his pocket were saved because he reported the case to the Crime Branch of Haryana.

In an official statement released, the State Crime Branch of Haryana said, “Jind resident received a WhatsApp video call from cyber thugs. They recorded a nude video and blackmailed him and extorted a sum of Rs 1.57 lakhs”.

It further said that though the victim paid money to the scammers, he kept his cool and called on the cyber-crime helpline 1930. “He filed a complaint on 1930, and the sum of Rs 1,39,140 was saved,” said the police, explaining that they blocked two transactions worth Rs 90,140 and Rs 49,000 and got the money returned to the victim.

Cyber Crimes are increasing rapidly in India, and nothing can save you better from falling prey to this other than being aware. It is advised to report any kind of online criminal activity on helpline 1930. 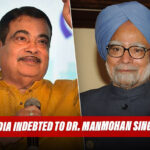 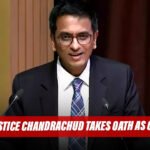