Whenever you open Instagram, especially reels, you might hear some songs which stick in your mind. It is definitely not your fault, their catchy tunes have some way to lodge themselves into our mind, without any warning. One among those songs is Naam Tera by Haryanvi singer Ndee Kundu.

The line ‘Leke Meri Kali Kali Car Darling’ is flooding all over the reels.

The song has received a positive response from the audience and within days, it even set a new record. Ndee Kundu took to social media to announce that ‘Naam Tera’ is the fastest Haryanvi song to cross 1 million reels on Instagram. The singer said that they crossed the milestone in just one month and thanked his fans for their love and support. Ndee Kundu often shares Instagram reels of her fans on her stories.

Coming to the credits and people who were behind this viral song are MP Sega who directed the video. It is composed and penned amazingly by Ndee Kundu. The music is given by Bamboo beats. Further, the song features Gunjan Katoch as female lead. Ndee Kundu has shared the news of his song crossing a benchmark on Instagram.

Further the song follows a romantic number where a boy proposes to a girl in very different and admiring ways. And at the end of the video, the girl agrees and both the couple unite. Moreover, the music video gives us a glimpse of the picturesque location. Ndee and Gunjan Katoch’s amazing chemistry is just unmissable.

If you haven’t watched the video, click the link below. 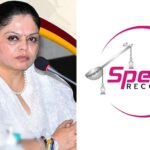 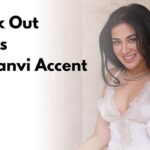