Singer and dancer Renuka Panwar who is associated with the Haryanvi music world has treated her fans recently with the poster of her upcoming song. Renuka is collaborating with singer Dev Kumar Deva. Speaking of the title, The song has a very quirky title that is ‘Kaju Katli’ and who doesn’t like this sweet? So, we expect the same from the song too which is liked by everyone.

The Release date of the song has not yet been announced but it is expected to release anytime soon as written in the poster. The song ‘Kaju Katli’ features model and actor Sana Sultan Khan who has also featured in Kaka’s song ‘Gustakhi’.

Now, coming to the credits, the lyrics have been composed by Mukesh Jaji, and music of the Kaju Katli will be given by Aman Jaji. Both the artists have earlier collaborated with Renuka in song ‘52 gaj Ka Daman’. Further Regan Dadu directed the video of the song.

Meanwhile, this Haryanvi singer Renuka Panwar has become a social media sensation thanks to her song “52 gaj ka daman” garnering over a billion views on YouTube in less than a year.

Whereas, Dev Kumar Deva is a prominent Haryanvi artist who gave some hit songs to his industry like Pagal Banawe, Devar Smart, S.H.O Saab and many more. 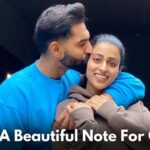