Ajay Hooda, one of the most renowned names in the Haryanvi Music Industry, has now stepped into the Punjabi industry too. A few days ago the Haryanvi artist revealed that he was flying to England to shoot for his first ever Punjabi movie, and now the movie has been revealed by him.

Ajay uploaded a video on Instagram to let the public know about his acting debut. The artist is shooting for the upcoming Punjabi film ‘Parahuna 2’ in England. Parahuna 2 stars Ranjit Bawa and Aditi Sharma in the lead roles. Directed by Ksshitij Chaudhary, Dheeraj Kedarnath Rattan has written the movie.

Ajay Hooda expressed his feeling of working in the film. He said that with the love of his fans and his hard work, he’s finally become an actor from just a lyricist. He thanked the whole Haryanavi community, Haryanvi audience and his Haryanvi co-artists for supporting him.

Few days back, Ranjit Bawa had uploaded a couple of Instagram stories to reveal that the shooting for the film had begun in London, England. He shared many pictures with the crew of the film.

Ajay Hooda had already announced that he was making his acting debut with a Punjabi film and was flying to England for its shooting, but he did not reveal the name of the film. Now in his recent Instagram interaction, the name of the film has also been revealed. Watch the full Instagram live here: 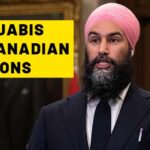 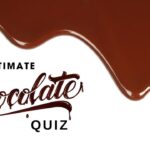