Pukhraj Bhalla, who rose to fame with his role of ‘Jass’ in the most popular Punjabi web show, Yaar Jigree Kasooti Degree (YJKD), is all set for his next Pollywood venture with the movie, Haterz. The film was earlier set to be released on 12 November, 2021 but failed to. Now, a fresh release date for the film has officially been announced.

Pukhraj Bhalla himself announced the new release date of the film through his social media. Now, the film will be releasing on 7 January, 2021 worldwide. Prabh Grewal will be playing the female lead alongside Pukhraj. Amrit Amby, who is famous for his role ‘Laali’ in YJKD, will also be starring in Haterz!

The film is directed by Manpreet Brar, who has also written the story of the film. Pankaj Verma did the screenplay and Bhindi Tolawa did the dialogue writing for the upcoming film. It is distributed by Omjee Star Studios, which is one of the biggest production houses in the Industry at present.

The audience is really excited to see Pukhraj, Amrit Amby, Prabh Grewal and other actors in Haterz. Pukhraj was last seen in the movie, ‘Jinne Jamme Saare Nikamme’ alongside Binnu Dhillon and his father, Jaswinder Bhalla. However, he had a comic role for the most part. This time, we are going to witness him in an action thriller. The poster must have already given you hints with bloodshed and killer looks on the faces of the artists.

It is yet unknown why the movie suffered from a release delay. Let’s now wait for 7 January, 2022 to see the actors in their all new avatars in the upcoming film. 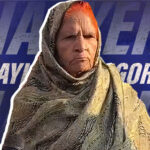 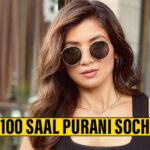