Congress leader and former union minister Subodh Kant Sahay lashed out at BJP and made controversial remarks at PM Modi during the “satyagraha” of the Congress party against “agnipath” and Rahul Gandhi’s questioning by the Enforcement Directorate at Jantar Mantar in Delhi today.

While addressing the Congress workers, senior leaders Subodh Kant Sahay said, “He (PM Modi) has even surpassed Adolf Hitler. If he continues to follow the path of Hitler, he will even die like Hitler.” As tweeted by news agency ANI:

Though, later when asked about the statement, Congress leader Sahay said,”it’s a commonly used slogan. You can even ask Mr. Modi, he must have also raised this slogan. It’s- jo Hitler ki chaal chalega, wo Hitler ki maut marega. Ask him what path he is taking.”

Senior BJP leader and former Jharkhand CM Raghubar Das has condemned Sahay’s remarks. Raghubar Das said that Sahay’s remarks are against a democratically elected Prime Minister. He further added,” the Congress party is scared due to the crackdown on them, that is why its leaders are making such derogatory statements. It’s highly condemnable.”

Though the Congress party has distanced itself from Sahay’s statement, adding that the party does not agree with with any derogatory remarks against the prime minister. 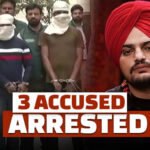 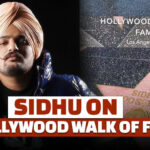