Punjabi singers and actors seem to be on a roll these days, as almost every other week a new movie project or web series have been announced. And talking of this, another Punjabi web series titled, ‘Headline’ has been disclosed. ‘Headline’ features multiple actors like Aman Sutdhar, Yogesh Gurna, Sona Rajput, Ravinder Mand, Paramveer Singh, Raj Dhaliwal and many more. ‘Needhi Singh’ actor Aman Sutdhar will be seen in the lead role.

Aman Sutdhar shares a poster along with other pivotal details on his official Instagram account.  Speaking about the poster, it might be an action drama as the tagline reads, “jehde bande ne, ohi jaande ne”. Further in the poster, you will see a jeepsy, scooter, screwdriver and tool bag. The still has been taken somewhere near the village of district Sangrur.

Take a glimpse of the poster:

Coming to the credits, this upcoming web series is written and directed by Babbu Rogla and is produced by Harrie Singh.  is being made under the banner of UV Productions & Davinder Litt. The release date of the web series is not yet announced, but it is expected to be scheduled soon as written in the poster.

Over the last few years, the industry has been witnessing the paradigm shift of content, as more and more web series are being made and people are loving them. Hope this upcoming series also meets the expectations of the audience. 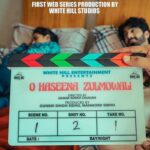 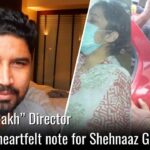