In an exclusive interview with Pinkvilla, a source close to the development revealed, “Firoz Nadiadwala is in conversation with producer Anand Pandit for Hera Pheri 3. The two have been discussing all the possible permutations and combinations to bring the 3 idiots – Raju, Shyam and Baburao – back together, however, the things are not there on paper yet. Probably in next month or so, everything by god’s grace will be clear.”

Not only the films; Hera Pheri and Phir Hera Pheri are two of the best evergreen Hindi comedies ever made, but characters Raju, Ghanshyam aka Shaam and Baburao are also superhit cult characters. Hence, the true Hera Pheri and cinema fans are demanding to once again see this unbeatable trio together on silver screens.

And the good news isn’t ending here, as not only Hera Pheri 3 but Firoz Nadiadwala are also planning to start working on Welcome 3. Just like the Hera Pheri franchise, Welcome is another hit comedy franchise of Bollywood.

Also Read: Akshay Kumar Blames Kapil Sharma For The Failure Of His Films On Box Office

The fans are extremely excited for these two projects to finally go on the floor. The official announcements are expected to be made by next year. 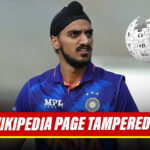 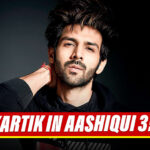