We all know about Prime Minister Modi’s alleged security lapse in Ferozepur district of Punjab. But few of us actually know what kind of advantages are given to the highest position of the Indian Government, that is PM.

Let us tell you that the best personnel from the Central Armed Police Forces like the Border Security Force, Central Reserve Police Force, Central Industrial Security Force, and the Indo-Tibetan Border Police are chosen for the security arrangements of the PM. The officers included in PM’s security are always dressed in formal business suits, with sunglasses, and carry a two-way encrypted communication earpiece, and concealed handguns.

When the PM travels on road, the first car is the advance pilot warning vehicle, technical car followed by the VVIP car and the ambulance along with other cars. Apart from all these cars, a supplementary car is also present there.

PM’s convoy also carries two dummy cars indistinguishable to that of PM’s vehicle, in order to mislead any kind of attackers. Additionally, a Jammer also moves with the convoy. Range Rover HSE, BMW 7series 760d high-security edition, Toyota Land Cruiser are amongst the luxurious cars, which are the part of the PM’s convoy.

You may not know, there is a book named ‘Blue Book’ that lays down the security arrangement of the Prime Minister. The Ministry of Home Affairs issues the instructions for this book. The Special Protection Group plans the entire security system of the PM. SPG provides security to only one person in India, that is the Prime Minister.

From intelligence bureau of concerned state to state police and concerned district magistrate; SPG holds an advance security liaison with every team, before PM’s intend to visit any state. Also, there is a law that mandates the state governments to assist SPG if required. PM’s travel, his escort, and contingency arrangements are all planned by SPG.

Once PM steps out of his house and gets in the car, one sided traffic of the complete route instantly gets blocked for 10 minutes. The Police Vehicles with their sirens on patrol the route. 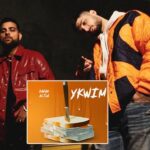 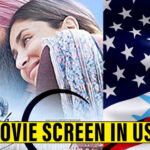