The Rabb Da Radio couple Tarsem Jassar and Simi Chahal will soon share the screens again, but this time Wamiqa Gabbi will join them too.

As per reports, an upcoming Punjabi film is soon to be started featuring Tarsem Jassar, Simi Chahal and Wamiqa Gabbi in pivotal roles. The name of this upcoming movie will be ‘Bebe‘.

The casting of this project has been almost completed which indicates that the film will soon hit the floors too.

For now no announcement of this has been made on Social media, but it is believed the shooting of the film will be starting super soon.

Talking about the lead cast, Wamiqa Gabbi has another project with Ammy Virk in her basket too. Titled ‘Hun Ni Mudde Yaar’ is scheduled for its release in 2021. Whereas Simi Chahal has Golak Bugni Bank te Batua 2 and an unrevealed project with singer Sajjad Adeeb in her pocket.

While Jassar is busy with an untitled movie with Ranjit Bawa.

It will be quite exciting to see these stars together flaunting their acting skills on big screens. 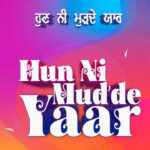 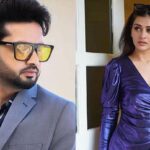