Harrdy Sandhu is the new sensation in the town and is massively loved for his superhit songs like Naah Goriye, Bijlee Bijlee, Titliyaan and more. The popular singer is continuously grabbing eyes in Bollywood as well and enjoys huge fan following especially among females.

He is a great singer, an effortlessly amazing actor and a phenomenal performer, hence he is usually occupied with shoots, recordings and live events. But do you know that Harrdy Sandhu never gets to eat anything in the weddings where he performs?

Yes, the statement is true and is revealed by Harrdy himself. In a recently released video by Zomato, Harrdy Sandhu talked about weddings and his food habits. And surprisingly he revealed that he has only had Gol-gappas 4-5 times in his lifetime.

He also opened up about how his managers don’t let him eat anything in any wedding. When his performance is over, his team takes him out and they get back to their place.
Also Read: Ranbir Kapoor And Alia Bhatt Announce Pregnancy With An Adorable Picture

This is possibly done to manage Harrdy’s time well and to take care of his strict diet. But we cannot disagree with the fact that it literally sounds horrible to attend a wedding and leave without eating anything. When in fact, most of us attend weddings only to hog on the food. Don’t we? 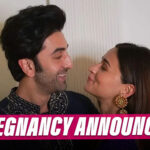 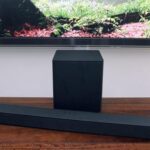