Punjabi model and actress Himanshi Khurana stated that, “I was offered John’s Parmanu’ but I turned it down”, “I had left one Hindi movie.” The actress was in the capital of our country New Delhi when the film was offered to her. Once her near and dears got to know about this, they compelled her do accept it. The actress said that there was nothing wrong with the movie or even from the makers’ side, as they convinced her a lot but inside my mind, I was thinking that why would somebody offer this role to someone from Punjab? My mind was puzzled at that point of time and I said no. But later I came to know the opportunity was real.”

The film reveals India’s success story to become a nuclear-powered country. The model was offered to play the character of John’s wife in the film. In her interview with Spotboye, she stated that, “It’s not just about my choice. I want to do something in the Hindi space but to say yes for a project you need to get those kinds of projects also. It’s not the artist who decides, it has to be a mutual decision of an artist and a producer. I don’t want a role that is all about eye candy.

I have said earlier that I am not comfortable showing skin. I don’t feel comfortable wearing revealing clothes. I am looking for roles that will be based on my character and not attire. I really want to do something different and if the right role will come to me I will surely say yes to it.”

Talking about her choices, the actress said, “My preference for films is very different like Tapsee Pannu’s PINK is what I like. Before that Tapsee had done several films in the South and that time I saw her at one of the parties in the South, I was there for a brand shoot. And I was like she is a beautiful girl. But during that time I used to read articles where she used to get criticized but that’s not her mistake.

When you will offer her that character she will be able to prove herself which she got in PINK. Exactly like Abhishek Bachchan in Breathe. To unme kabhi talent ki kami nahi thi unko pehle role hi aise aaye ki log unko us tarike se judge karte the. So, with me this is the case if I have waited for so many years, so either I want a performance-oriented film or else I don’t want to. And I am very clear about it”. 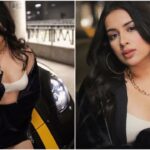 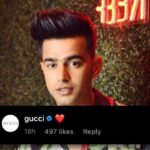