Sidhu Moosewala has risen toh a level of fame where millions of people around the world love him, follow him, and are influenced by his singing. He is not a superstar singer but a renowned lyricist too.

If you’re a true Sidhu Moosewala fan then you must know that he always writes his own songs. But do you know what’s the reason behind it and what influenced Sidhu Moosewala to write such lit lyrics?

Just like most of other artists, Sidhu Moosewala has also struggled to make his dreams come true. He had made up his mind already since his childhood that he wanted to grow up and become a singer. During his college days, he tried his best to reach out to lyricists and get a song for himself.

But he was unfortunate enough that no lyricist showed interest in working with him.

After various tries and efforts, one lyricist agreed to work with Sidhu and give him a song. He asked Sidhu to come to his village and meet him to get the song.

When a person moves a step forward to his dreams, it can make anybody happy and excited. And so were the feelings Sidhu Moosewala aa well. He was really happy because he was finally getting a song to sing.

On the day when he had to reach the lyricist’s village to get the song, he drove fighting bad weather conditions as it was heavily raining that day.

But as soon as he reached the village and called the lyricist for a meeting, his response broke his heart.

The lyricist replied and asked him to come and meet on some other day. Such rude and unexpected behavior can break anybody’s heart into pieces.

This was the incident that not only saddened Sidhu Moosewala but also made him realize the reality of the world.

After that, he made a promise to himself that he will never sing any song written by other writers.

He started writing on his own and released his first song License with Ninja. Ajd what happened next is history and known to all.

We must say Sidhu’s story behind his grand success is proof that the most difficult times always lead you towards the biggest success. 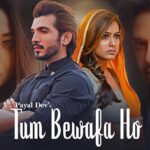