A well known female singer, who hails from Gidderbaha Punjab, Sung several songs such as Talja with Jassa Dhillon, Mundri with Veet Baljit, etc. She has also collaborated with Dilpreet Dhillon, whose song name Darshan from his latest album includes her. She is none other than Deepak Dhillon.

Deepak Dhillon is a self-made artist, who did not have any godfather in the industry. She managed to survive all these years owing to her talent and her dedication. In her initial phase, she struggled a lot to persuade her family but the only support she received is from her mother.

She polished her skills with her mother’s help and later released 2 albums that remained overlooked and didn’t receive people’s attention. She did another album Manke, whose song ‘Teri Sajna Pyar Nishani Ve Gal Di Gaani De Manke Tutde Jaande aa’ gave her recognition in the Punjabi music industry. Furthermore, she did other projects- the Vichoda album, Yaarian album, Bhaari Greh and many others nourished her profession.

Nonetheless, all days are not the same, there was a time when she took off from singing owing to her mother’s death. After losing her mother, she faced difficulty pursuing her career and fell into a depressed state. Later with Gods’ grace, she strengthened herself and started her journey with new energy. Now her globally acknowledged work receives love from all around. 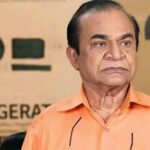 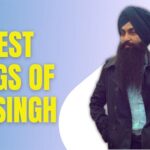