The biggest sports drama of recent times, 83, is taken by the audience in a very positive and warm way. The realistic characters performed by the actors and their breathtaking dedication towards this film is sure to go unnoticed. While Ranveer Singh and Ammy Virk have impressed in their respective roles of Kapil Dev and Balwinder Sandhu, Harrdy Sandhu is the one who is also garnering a lot of appreciation.

Harrdy Sandhu played the role of the 1983 cricket squad player, all rounder Madan Lal. Madan Lal had a quite unique and different bowling style as compared to other bowlers. He used to do middle-pace bowling with a side-on action. When the director of the film, 83, Kabir Khan was in search of an actor who could do his role, he had to do a lot of struggle as taking up Madan Lal’s bowling action was not something that a random actor could have performed.

During this hunting, Harrdy Sandhu was on a promotional interview tour for his then-released song, Kya Baat Ay. As everybody knows that Harrdy was a professional cricket player earlier, so the interviewer took a chance and asked him that a film based on the 1983 cricket world cup was being made and why didn’t he reach out to the makers for that film. Harrdy then, didn’t give much attention to it.

Then after a few days, he was at his place, sleeping, in Chandigarh when Ammy Virk called him and asked him to come down to the restaurant of his society. When Harrdy reached there, he saw Kabir Khan, Ammy Virk, Balwinder Sandhu and the other team members were already there. The director asked him if he could do the particular bowling action of Madan Lal for the film. Harrdy agreed and shot a video of him doing the action after 3-4 days.

When Harrdy sent the video, the 83 movie team didn’t reply on that for a few days and the former got disheartened. Later, he got a call and the director asked him how he did that tough action of Madan Lal so smoothly! ‘We’d love to have you in the film’, was what the team said to Harrdy Sandhu.

This was how Harrdy Sandhu got roped in for the memorable role of the all rounder cricketer, Madan Lal. After this movie Harrdy got a mesmerising response from the audience for his super amazing role of Madan Lal in 83. 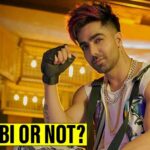 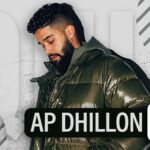