Bengali ‘Kacha Badam’ has become an overnight sensation. Not only this, it has created a major euphoria with thousands dancing to its peppy tunes. The viral song was originally sung by Bhuban Badyakar, a humble peanut seller from West Bengal.

Bhuban on his cycle went selling peanuts from village to village and sang ‘Kacha Badam’ to attract customers.

The peanut seller who has now become a viral sensation across the internet sang catchy beat music, instantly get people’s attention, and the lyrics were anything but bland. Through the lyrics of the song, the singer encouraged customers to trade their fake gold jewellery (City Gold chains, bangles and anklets) for his equally worthy peanuts.

But do you know after getting viral through social media how much money he was offered for his viral song ‘Kacha Badam’? Reports suggest that Bhuban received Rs 3 lakh from Godhulibela Music, the label that first remixed his original song.

When the song first went viral on the internet, netizens raised attention about the financial well-being of this man who was hardly managing his needs. Many people said that he was not getting the credit that he deserved being the original creator of the song. So that’s why Gopal Ghose from Godhulibela signed a deal with Bhuban for Rs 3 lakhs and he was paid Rs 1.5 in the cheque. And the due will be paid soon.

Kacha Badam has become a viral song not just in India, but also internationally. A lot of creators from all over the world have recreated the song and danced to its catchy tunes.

The song has surely created madness across social media. 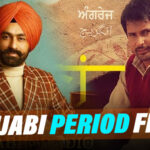 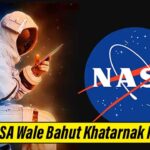