The craze of social media is being influenced on everyone. It is all about sharing information, ideas and communicating with your near and dear ones. Nowadays everyone is addicted to Facebook, Instagram, Twitter, WhatsApp and Snapchat. It becomes our day-to-day habits. Not only communicating, they also help us in sharing the news, opinion and important information. But there are many countries where some of the apps are blocked, especially Twitter. Many people love Twitter, but those who don’t, might not understand it.

But in India, Twitter lost its legal shield on June 16, over its failure to acknowledge the government’s new IT rules.

So it implies Twitter would be regarded as a publisher and will be held liable for punishment under any law if a case is filed against it for alleged unlawful content.

But in India, people still can access Twitter, though there are many countries where it’s banned. Let’s know where and why they are outlawed.

In March 2009, China officially blocked Twitter, and till now it’s shut off. According to the report, it was imposed after some of China’s Muslim ethnic minority used the locale to swap information which derived in deadly riots in Xinjiang. Though some big companies like Huawei still access Twitter through a government-authorized VPN.

North Korea not only has banned Twitter but some other Social media apps too like Facebook and Youtube. Moreover, it’s hard to discover an internet connection until and unless you are lucky to be born into a privileged family or a research institution. Also, if anyone uses it without permission then he/she may face the punishment.

Nigerian government has recently banned Twitter in the country, that is on June 5, 2021. It was banned because of the spreading of fake news which contain violent consequences. In fact government has claimed “undermining Nigeria’s corporate existence”

After China, Iran has also taken a step to ban Twitter. They blocked twitter in September 2009. Also, around two million Iranians access Twitter using VPNs, and Twitter was crucial in galvanizing support for Iran’s 2010 Green Revolution. Again in2013, the block was slightly heaved but it did not last for too long.

When the government took dozens of turks spreading incorrect information during Gezi park protests, that time they blocked some social media apps. As of 2018, foreign news, opponent websites and international social networks such as Twitter are “often inaccessible”. 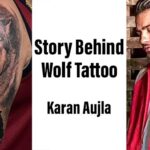