The nationwide farmers’ protest which has completed almost a year now. The movement has gathered support from all sections of the society. Farmers’ are protesting against the Centre’s three farm laws. As they are not in favor of the laws, and believe it will phase out the MSP and the traditional grain market system. At the same time, it will lead to a huge loss for small and marginal farmers.

Therefore, the farmers are protesting against the new norms, and their voices are being backed by Punjabi artists. One among such artists is singer Sharry Mann who has been supporting farmers agitation from the very first day. In one of the talk shows, the singer revealed that he is proud of our Indian farmers who are protesting for their rights. Mann further says that he denounces the bills and fully supports the farmers of the country in their fight.

Moreover, he shared his experience, that when he visited Canada, one his friend ‘Gora’, who is a farmer too, asked him why people in India are protesting for laws. What exactly are these laws? Then the singer explained everything about MSP, privatization and how it will affect small farmers. After listening and reading everything about the laws, his friend was amazed and replied that it has been more than two decades that these laws are already implemented for Canadian farmers. Gora further felt delighted with Indian farmers as they are fighting for their justice. Not only one, but several celebrities, politicians and even common people from the United Kingdom, Canada, Australia and the United States expressed their solidarity with farmers and criticised the Modi government’s dealing with the protests.

What Did Sharry Maan Do That Made Kamal Heer Mad At Him? 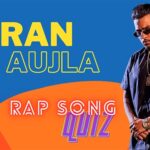 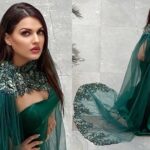