For the people who are obsessed with fancy cars, and love to invest in new models, then here is some good news to cheer up your day. Tata Motors has recently unveiled their latest concept for a midsize SUV. It will be named ‘Curvv’ and will be a couple-style electric SUV.

Also, people will be given two options for IC engines, expected to be 1.5 lt diesel engine and the same for petrol engine as well. The diesel engine is expected to be an updated version of the carmaker’s existing 1.5L oil-burner, which also does duty on Altroz and Nexon. For this, the makers will offer people with both manual and automated gearbox options.

Tata Motors has announced that this awaited electric SUV will be launched in India early next year. Its EV version will be launched first for sale, followed by the launch of the IC version later. And when they will finally be in the market, it is believed to give tough competition to Hyundai Kona Electric and MG ZS EV, and Skoda Kushaq, Hyundai Creta, Kia Seltos and more.

As per the report of Gaadi Waadi, “Tata Curvv will get two IC engine options as well, expected to be a 1.5-litre diesel engine and a 1.5-litre petrol engine. The petrol mill will be a four-cylinder version of the brand’s three-cylinder turbo-petrol engine, which is available on Nexon and Altroz. This new powerplant is expected to generate around 160 PS of peak power.”

Also Read: Beware If You Own These Cars! Toronto Police Reveals The Most Stolen Cars Of 2021

Talking of the same, Shailesh Chandra, the managing director of Tata Motors Passenger Vehicles said that Generation 2’ architecture (which will underpin Tata Curvv) has been altered to better accommodate an all-electric powertrain. 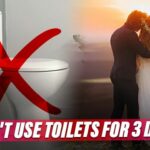 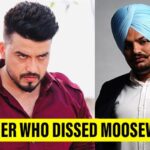