Canada is witnessing protests on a huge scale by the Truck community of the country! It all started with a protest against a vaccine mandate passed by the government, which required truckers to be fully vaccinated from Coronavirus to cross the land borders between Canada and the United States. The protests have grown to such an extent that they are demanding to overthrow the current federal government.

ALSO READ | Sikh Uber Driver In Vancouver Gets Attacked By A Male Passenger; Smacks Driver In The Face

These convoys, though loosely organized, have raised a total of more than 7 million Canadian dollars as funding from GoFundMe donations, out of which only 1 million has yet been released by GoFundMe. The organization released the amount after the protestors submitted “a clear distribution plan for funds being used to cover fuel costs of participants,” the company said in an email. GoFundMe demands a proper plan on where the funds are being allocated, from the protestors.

Prominent world faces like Elon Musk, Donal Trump Jr. and Joe Rogan have raised their voice in support of the Trucker community. However, The Canadian Trucking Alliance said in a statement that it is strongly against the protests on public roadways, highways and bridges. The community now demands to overthrow the federal government as a large truck convoy has already left for Parliament Hill. 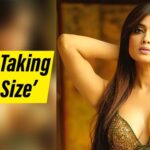 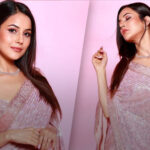