Sri Lanka has cancelled the examination of around 3 million school students. The future of these students now remains uncertain and the whole country is in a state of complete shock. Educational authorities stated that the term tests that were to commence from Monday and go on for around a week have been postponed indefinitely. While this might sound like happy news for school students, it is not so.

The reason why Sri Lanka decided to put the future of millions of students at risk, is an economic crisis. The country has actually run out of printing papers and now, has fallen short of dollars to finance their imports. Sri Lanka is going through one of the worst financial crisis in its history. It hasn’t seen such a shutdown of its economy since its independence in 1948.

“School principals cannot hold the tests as printers are unable to secure foreign exchange to import necessary paper and ink,” said the department of Education of the Western Province. The exams of around 3 million, out of a total 4.5 million students, have been postponed indefinitely. These term tests hold an important significance in the Sri Lankan Educational structure as they are a part of the continuous assessment process which decides the promotion of a student to next grade at the end of the year.

In 2021, Sri Lanka had declared an economic emergency in response to rising food prices, depreciating currency and rapidly depleting forex reserves. President Gotabaya Rajapaksa even had to call the army to handle the crisis.

The COVID pandemic has been a major reason behind the economic backlog of Sri Lanka. The debt on the country seems to be ever-increasing and the government is finding it almost impossible to figure out a way to repay this debt. 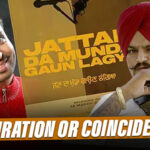 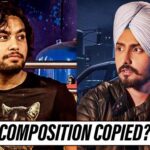