This weekend was tough and had participants perform stunts in water and with electric currents. Though it was super entertaining for us as viewers, we can understand the difficulty levels for those who had to perform. If you missed watching the latest episodes of Khatron Ke Khiladi by any chance, we will not let you miss the updates on the engaging show. Here is all that happened in the fourth weekend of Khatron Ke Khiladi.

Basically, Weekend 4 of Khatron Ke Khiladi was a Partners Special, which means the stunts were supposed to be performed by participants in pairs. Jannat Zubair, Chetna Pande, Nishant Bhatt, Sriti Jha, Kanika Mann and Mr. Faisu were six contestants who got lucky to choose their partners.

In the first stunt; Sriti-Mohit faced off against Jannat-Pratik. It was a car stunt in which one partner had to sit inside a car while the other had to be inside an upper car. The second partner was supposed to sit upside down and had to hit red and black drums.

Both the teams succeeded in completing the task, but Sriti-Mohan won the same by earning 25 points while Jannat-Pratik only got 19.

The second stunt between Rajiv-Chetna and Faisu-Shivangi was a fun task in which the team had to take an iron rod towards the end. But as soon as their rods touched the electric rode, the team got an electric shock. Shivangi aborted the task after some time she got a shock, while Rajiv-Chetna completed the task and won.

This led Faisu-Shivangi to get Fear Fandas and land in the elimination stunt.

In Sunday’s episode, the first stunt had Rubina Dilaik and Kanika Mann had to find ostriches numbered odd and even and had to put them in respective cages. Kanika mistakenly put odd numbered ostriches into the cage of even numbers. Rubina won the task, and there was an argument between Rubina and Kanika.

Other participants also took interest and sides, before the debate was finally put to rest.

The second stunt for the day was a water stunt performed by Pratik Sehajpal, Jannat Zubair, Shivangi Joshi and Faisu. In this one, the participants had to perform the task in water at 4 degrees of temperature. They were caged and had to unwind the wing nut on the lower half of the cabin. There were 4 nuts to unwind.

Finally, here comes the elimination stunt. Shivangi, Kanika and Pratik are locked in rotating boxes with crawlies in it. They had to find keys and unlock 3 locks to complete the task. 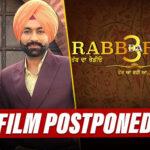 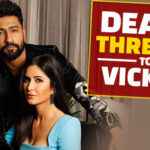