The much-awaited Punjabi song by Himanshi Khurana ‘Surma Bole’ has been finally out of YouTube. The song was released on Brand B’s official YouTube channel. This is great news for all Himanshi fans but we have even better and more exciting news for you all.

We have seen many Bollywood and international celebrities getting featured on the New York Square, but if we talk about Punjabi Film and Music Industry, Himanshi is the first one to achieve this milestone. There is no doubt that this has elongated the list of Himanshi’s achievements. And she has once again proved that there might be many models and actresses in Punjabi Industry, but there are reasons which make her the best.

You can watch Himanshi’s latest track on YouTube by following the link below,

Himanshi always has won hearts more than awards, and we hope she continues to entertain us the same way. 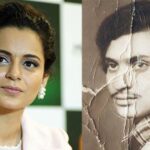