As updated earlier, Afsana Khan has been reportedly out of the Bigg Boss 15 house after getting into physical violence with fellow contestant Shamita Shetty and even tried to hurt herself with a knife. This happened after she felt betrayed by her friends Umar Riaz & Karan Kundra during a task and even got panic attacks because of the incident.

The promo of this occurrence was also out on the national TV and social media. People got outraged by this and opposed it as they thought they were mocking Afsana Khan and her serious health issues. However, the promo later got deleted. This incident has initiated a debate among the people on social media. Where some are seen mocking her for her breakdown and panic disorders and others are showing their concerns for the singer and raising the voice for the show’s insensitive behaviour towards Afsana.

This has been into such a great level of talks that even Himanshi Khurana showed her bothered side towards Afsana Khan by tweeting her in-heart feelings. She said, “If it is an issue related to any other part of the body, people get concerned and if it is the brain then the same people laugh at it. As if they are not aware that the brain is also a part of the body. Panic attack is a serious problem”

Netizens are now keeping their points on how important it is to spread mental health awareness among the people as this is not an issue to laugh at rather get deep into it and understand how the person who suffers from the disorders feels.

However, this wasn’t the first time when Afsana Khan got violent and later it got turned into an issue related to her health. Even before entering into the Bigg Boss 15 house she almost backed off from the contract and the show because of the same panic attack disorder but then entered after getting quite well. 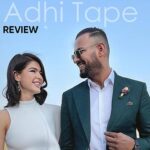